ENQUIRE NOW ABOUT A MOVIE BOOKING

The Black Hawk was designed to replace the Huey and be the utility helicopter (do everything) for the American Armed Forces. Since 1979 the Black Hawk has been supporting Armed Forces throughout the world for many different countries. This aircraft has been flying in war zones for many years. The Black Hawk became iconic following the “Black Hawk Down” movie and ever since has featured in many other films. For the film industry looking to incorporate the Black Hawk into their movie here in Australasia and the South Pacific, we are available. 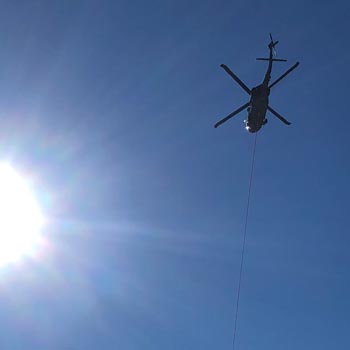 For movies being shot in remote locations we are also available to support transport of movie set equipment that might otherwise be difficult to move conventionally.